Absolut Mandrin was launched in 1999, 20 years after Absolut Vodka. It's the fourth flavored Absolut product after Absolut Peppar, Absolut Citron and Absolut Kurant. This is smooth and mellow with a fruity mandarin orange finish. Goes brilliantly with Ginger Ale and lots of ice! Read more. 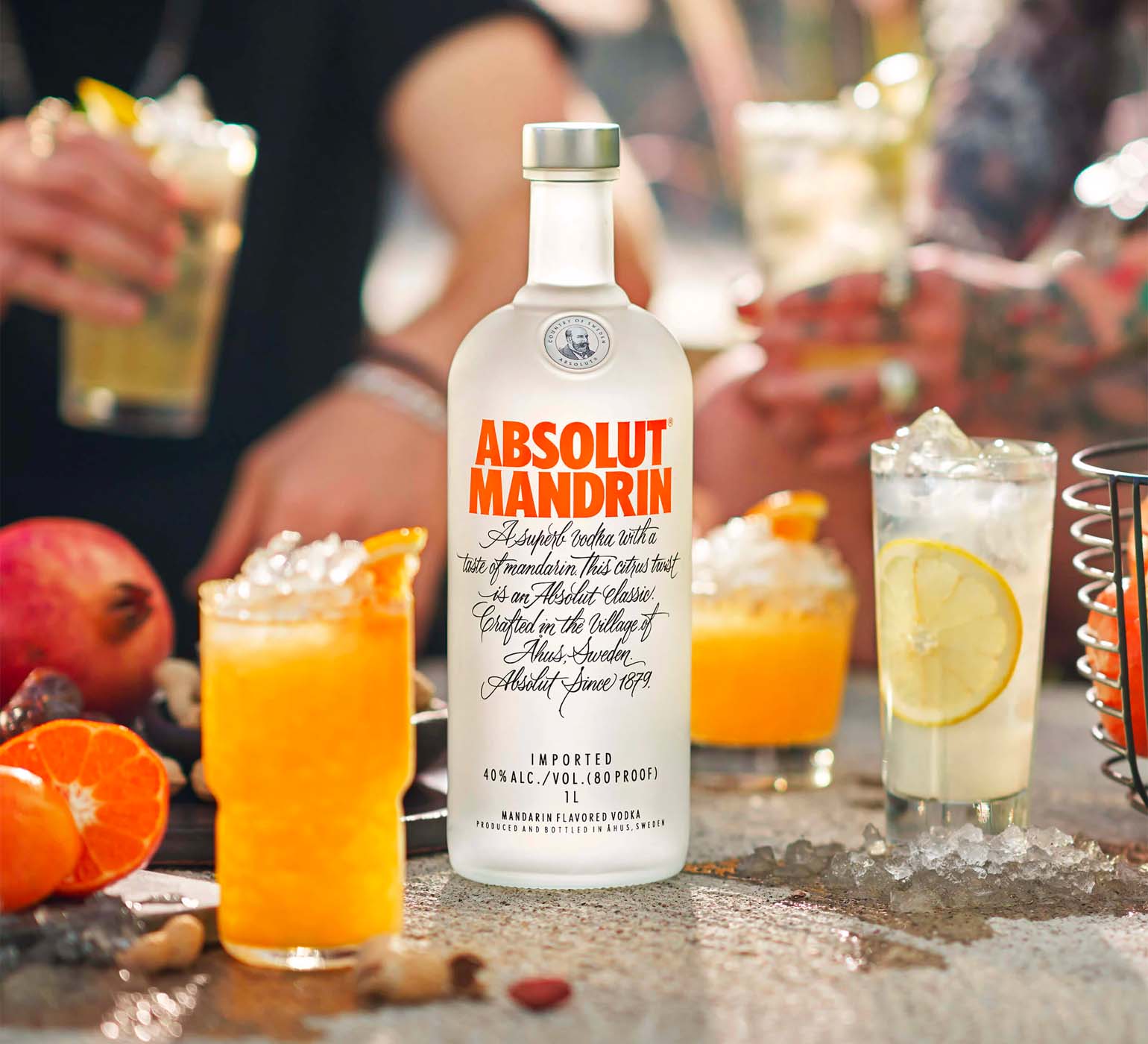 In 1879, Lars Olsson Smith introduced the continuous distillation with which he made Absolut Rent Branvin (Absolute Pure Vodka). Instead of the usual three or four times, the vodka was distilled an infinite number of times. 100 years later, it was reintroduced as Absolut. Just as then, Absolut is produced in Ahus, L.O. Smith's birth town. Also the place where the wheat used for making the vodka is grown. And since the way Absolut is made won't change, neither will the true taste of vodka.